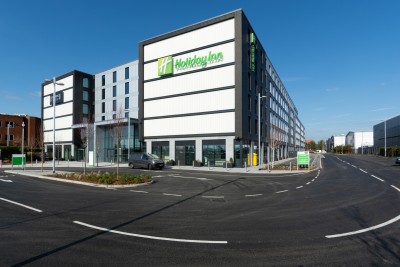 A pair of frameless, glazed atrium extensions, manufactured and installed by Everglade Windows, greet guests at the Holiday Inn in Heathrow.

Windows, doors, and specialist curtain walling also formed part of the order to construct the new £57m hotel near Heathrow Airport, for specialist design and building contractors, McAleer and Rushe.

In just four timed installations, drawn up to minimise disruption and ease congestion to the site, production teams at Everglade Windows assembled and delivered products to the six storey development near London.

The design and build was to create two ‘separate’ hotels directly connected to London Heathrow’s Terminal 4, so guests could access the airport with ease and share hotel facilities including a restaurant, bar and café. 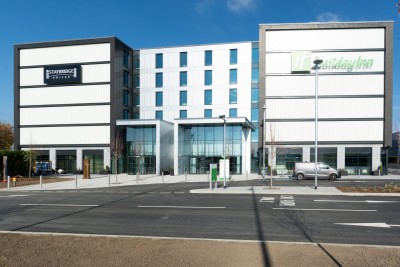 Glazing with high acoustic abatement was specified as part of the London development due to its close proximity to the flight path at Heathrow Airport.

Designers at Everglade Windows worked with developers to bring the hotel project to life – including the double ‘glass box’ façade at the entrance. It was also agreed that a huge number of products, including most of the curtain walling, would be manufactured at the Everglade Window’s factory and prefabricated.

Jayesh Hirani, Director at Everglade Windows, says: “The hotel on Bath Road turned into a really interesting project and that’s probably because so many of our products were used across the hotel site.

“From windows and doors, to curtain walling and the bespoke glass atriums, we had quite a task on our hands. 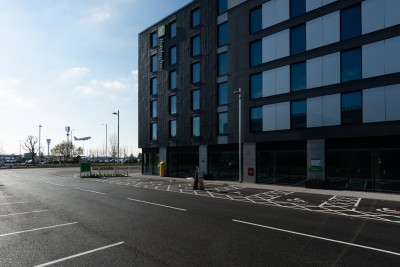 “It was our responsibility to manufacture and install all our products but time limits meant we had to get a huge bulk of the products assembled in our factory.

“For practicality purposes and to make full use of when the scaffolding was erected on the site, we were given four installation dates.

“Organisation was key, especially in our factory, to ensure that products were as assembled as they could be before we set off.

“On site, installation was fast and efficient and that was of paramount importance to other contractors who also needed access.”

The Holiday Inn features 450 bedrooms, an express café and bar and the hotel next door – which is now interlinked – has 300 bedrooms and a range of business and meeting facilities including two boardrooms.

They are both in walking distance to Heathrow’s terminals via an air bridge, and guests now have direct access to the London Underground. The site opened for visitors in 2018 in preparation for greater passenger numbers when airport expansion plans progress. 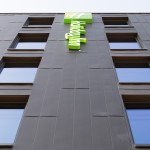 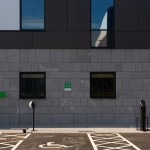 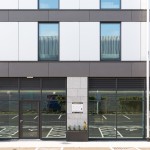 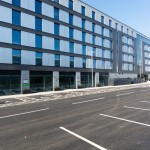 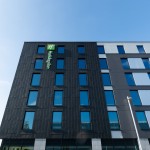 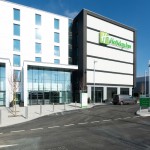 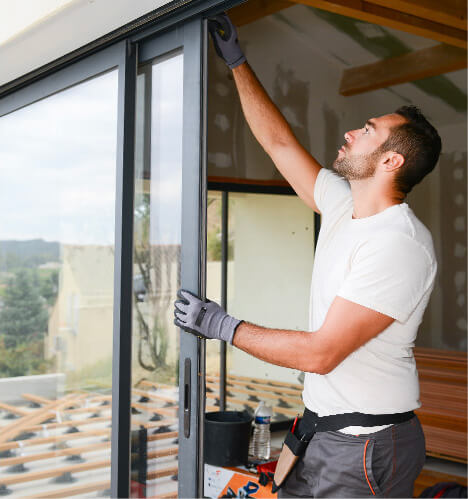 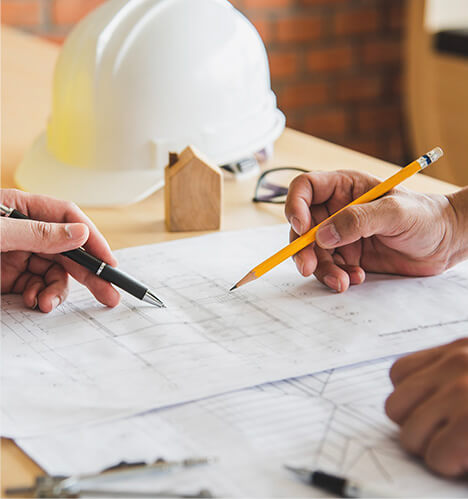 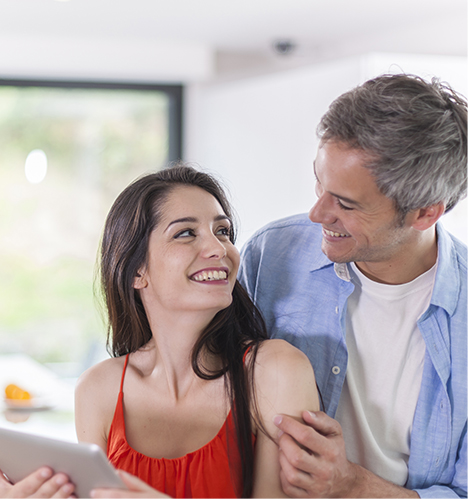